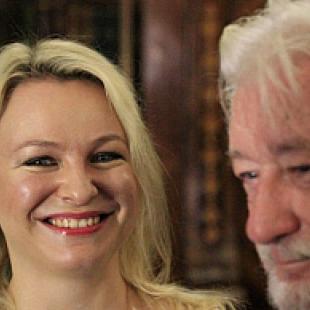 Some of the award-recipients of the Opera Singing Competition called „Operalia”, founded by the great Placido Domingo, are set to walk onstage Saturday night at 8 p.m., on August 31, 2013, on Széchényi Square, Győr, Hungary, along with renowned international and Hungarian vocalists.

The celebrated singers, accompanied by the Győr Philharmonic Orchestra, will make their appearance in Győr as part of their international tour entitled „Voices of...”.

As mentioned above, the no-ticket-required show is scheduled to start at 8 p.m. Organizers undertook to provide as many as 500 seats so it sounds like a good idea to arrive at the square early to be seated when the top-notch singers hit the stage. Former Operalia-winner, Julia Novakova, will be one of the perfomers who has since become a highly-esteemed, acclaimed artist at some of the most prestigious opera houses, e.g. in Washington, Berlin, Vienna. Among the vocalists we find the name of Texas-born Tracy Cox. The producer of the show talked about her voice in superlatives at the press conference.

Nadezhda Kariazyna is no doubt one of the most outstanding mezzo sopranos of our time who has already made guest appearances alongside Placido Domingo and José Carreras. Italian lyrical tenor, Andreas Magony, will also be here to enchant the public. A special treat promises to be the performance of one of Hungary’s best baritons, Csaba Bede-Fazekas. The conductor of the concert is Michalis Economu, music director of the Katar Philharmonic Orchestra as well as leading conductor of the Athen Symphony Orchestra.