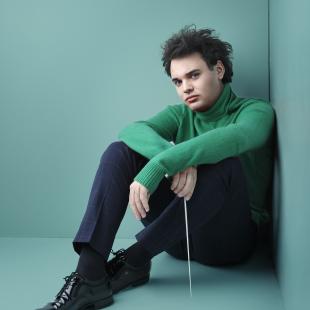 Principal resident Győr Phil conductor, Martin Rajna, has become a recipient of a highly-coveted German scholarship. The young conductor thus made his way into the select few of the Deutscher Musikrat Forum Dirigieren (Conductor's Forum) along with formerly awarded fellow-Hungarian, Gábor Hontvári, who incidentally recently had a successful concert the Győr Philharmonic Orchestra.

"This scholarship can be applied for by aspiring German conductors under the age of 30 years, or anyone currently studying in Germany. All applicants are being ascertained for the scholarship during a three-round selection process" - explains the procedure Mr. Rajna who has been studying conducting at the Ferenc Liszt University of Music in Weimar, Germany. It cerainly appears that he is now firmly holding the key for his professional advancement which can later lead to participations in conducting masterclasses, to becoming an assistant, and to taking part in conducting competitions.

Being one of the most outstanding conductors of his generation, Mr. Rajna has been chief conductor of the Győr Philharmonic Orchestra since 2021. In the current season he already conducted the debut performance of a piece by GYPO's resident composer Máté Balogh as well as Béla Bartók's one-act opera "The Bluebeard's Castle", the orchestra suite "Don Quixote" at the Richard Strauss marathon concert in Budapest, and the Viennese version of Bruckner's first symphony.

As for the world of operas, his first conducting project was the "Abduction from the Seraglio" by W. A. Mozart still before the Covid pandemic at the Győr National Theatre in February 2020. His next engagement was for the same work only to have been thwarted by the general shutdown due Covid restrictions. Mozart's highly entertaining comic opera directed by Miklós Vecsei has finally been performed after a two year delay in front of a live audience at the Eiffel House of Workshops.

"Opera is the pinnacle of all arts. It is a deliriously happy time of my life when get to conduct an opera and a tremendous experience to work together with the musicians of the Hungarian State Opera. They respond fast to the movements I make, and they carry out instructions well" - says the young maestro.

His successful cooperation with Hungary's premier opera company continues on May 7 at the Palace of Arts with the premier of a child opera entitled "King Pomade's New Clothes" composed by György Ránki, and directed by Attila Toronykőy. New commissions by the Opera House of Hungary's capital will see him waving his baton during the 2022/2023 season at the sanctuary of the genre along Andrássy street in Budapest where he will conduct the hilariously funny operetta "Die Fledermaus"(The Bat) by Johann Strauss.