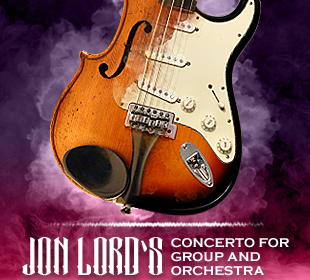 The fall of 2021 offers a real musical treat for all in our city.

The Győr Philharmonic Orchestra is proud to announce that on November 5, 2021, in the Audi Arena, Győr, we will have the pleasure to celebrate the legendary album of Jon Lord with the live appearances of two world-famous celebrities, Bruce Dickinson and Roger Glover.

The album referred to above is none other than the famed Concerto for Group and Orchestra by Jon Lord, premiered back in 1969. Then it was performed by a revolutionary fusion of rock band "Deep Purple", and the Royal Philharmonic Orchestra in London. This time around the band will be joined by the Győr Phil conducted by Paul Mann.

The box office of the Richter Concert Hall is temporarily CLOSED
till 21st October 2021 and it will re-open at 10:00 hours on Friday, 22nd October 2021