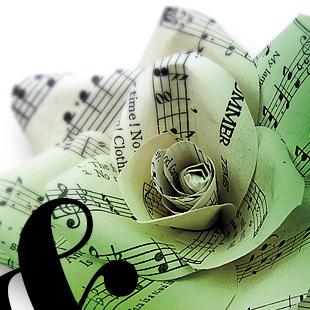 Our loyal patrons will be able to enjoy some highly ranked guest atrists as well as prominent soloists in the month of March, 2019.
For a start, we'll bring you the Budapest Festival Orchestra, conducted by Gábor Takács-Nagy. Their program and featuring soloist promise to be a memorable evening on March 10.

As far as our regional concert series go, we for a change will give opportunities to the local orchestras of the respective cities to perform before their own fans. For example on March 7 light classical music lovers can take delight in some popular, catchy operetta melodies played by the Tatabánya orchestra, conducted by Géza Román.

If not to America but GYPO gets on the road to Baden, Austria, to present an all-American evening including George Gershwin's famous Rhapsody in Blue, also his the Cuban Overture, finishing with some bombastic Star War tracks by John Williams.

The concluding episode of our Youth Concert Series this time has a rather telling title: Made in America...

Our joint venture with the Music Empire Foundation is coming to an end on March 12 with a show called "Singing Glasses" narrated by Bence Varga, music teacher, and chamber musician from Mosonmagyaróvár.

We have by now reached the final presentation of our chamber orchestra series on March 13 at the Old Evangelical Church in Győr where the group's artistic director Tibor Bényi is to take the lead with his beautiful cello to play and conduct some superb pieces by Mendelssohn, Dohnányi, and Haydn. Soloist of the concert is one of GYPO's concertmasters, Zsuzsa Nagy.

As part of the Győr Spring Festival, on March 18, a brass ensamble of the Philharmonic is scheduled to play at the Zichy Palace a concert called "Arias and Overtures".

A big welcome back to Vienna-based pianist Jasminka Stancul who comes back to us 5 years after her debut performance with GYPO. This time around on March 20, 21, and 22, she will play Ludwig van Beethoven's magnificient first piano concerto in C major in Győr, Mosonmagyaróvár, and Sopron. Conductor of all three concerts is Kálmán Berkes.

At the end of March we'll have our usual 17:18 no-break afternoon show offering some exciting music. Couples coming with their children can enjoy the music knowing that their kids are taken care of by professional kindergarten teachers upstairs of Richter Hall.

Siebling pianists Momo and Mari Kodama of Japan will be hosted by GYPO on the 29th, and 31st of March. The Győr Phil first played with them at the La Follee Journée Festival in Tokyo, Japan, back in 2016. Here at Richter Hall they are to team up to play Mozart's concerto for two pianos as well as giving a double piano recital on the last day of the month.